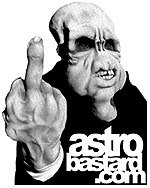 Bastards have landed! All hail to the 3rd Class Aliens!! Here’s the Tale of the Astrobastard! Once in the debut of the century, 3 young cats by the names of Ice-O-Lator, Franck Whyte & Dirtwolff created a web forum in the ambition of promoting their mixtapes. At that time we’re about “Indie Rap”, looking for something radically different from mainstream rap. It was the era of Def Jux, Metal Face, Psychological Recs, Old Maid and way darker and unknown other “strange” rappers…definitly far away from Jay-Z, Nelly etc…to set things up. Visually, i’d decided to use and abuse of the Peter Jackson’s Bad Taste movie for the whole thing called “astrobastard”. I’d litteraly sucked-up everything i could find from the movie. It was such a good inspiration for what we wanted to do with our “movement”….You’d maybe knew us at the time or not, anyway here’s a little selection of visuals  to reminisce the “Astrobastard” adventure which ended up around 2004/2005.

For that crazy concept i’ve develloped a kind of “Pen & Pixels” poor photoshoped graphic style with Bad Taste faces all over, Bling, Blinged em’ to death. (I’m a str8 up fan of the golden era pen & pixels, i mean No-Limit, Cash money…). Of course everything with Space and Cosmic backgrounds. 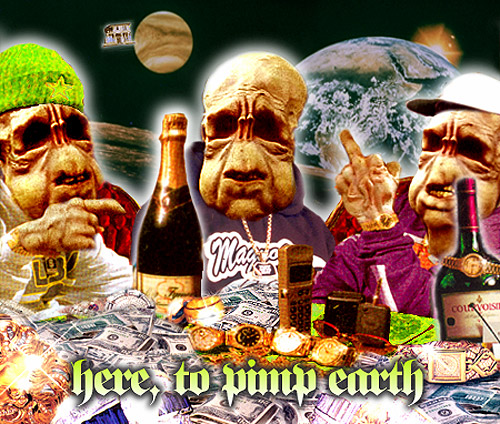 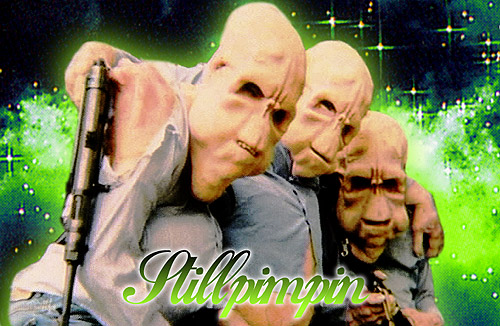 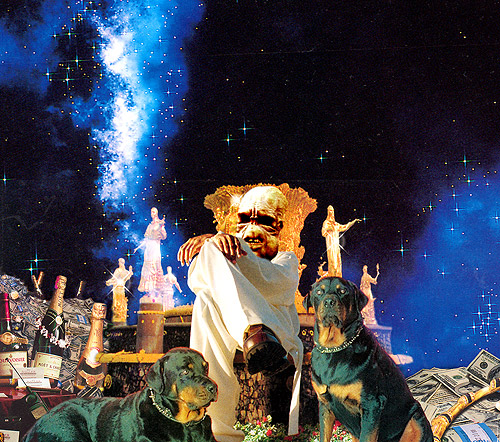 For their part, my partners bring the heat on wheels (Turntables with actual Vinyl Disc) and mixed up some strange and dark rap tracks with Sci.Fi interludes I digged from Horror Z movies! The mixtapes (yeah it was K7!!!) gone away pretty well and we proudly gave birth to 4 volumes.

The First two volumes “The Horrorap Vault” and “Crumbs County Delights” only on Tapes!!!

4th volume, “Escape from Kaïhoro”, the last one only on CD’s.

This one could have been the 5th episode, but we never ended it..then stopped with that Astro shit and all gone to something else, return to listen to Jay!

We had a dynamic forum called the “Wankers Club” with hundred of people selected by ourselves (it was private). We dont gain any money of this but we spent good geek times! hahaha! The press also gave us some credits with a few articles in the major rap magazines and internet webzines.

Look! we’re so famous, Kendra & Tera Get on the Mack Truck for a dirty ride through space!

29 thoughts on “ASTROBASTARD.COM (FLASHBACK) INCLUDES ALL MIXTAPES FOR FREE DOWNLOAD”